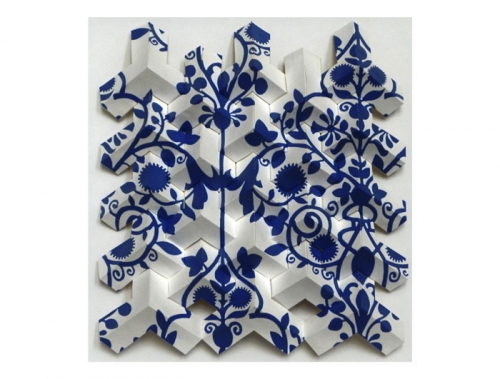 Like racehorses in the Derby, two Dallas gallerists have pulled ahead of the pack, moving away from the Dragon Street corridor and its environs, while keeping to the all important Design District track. Saturday, January 17, respected dealers Holly Johnson and Cris Worley both opened eponymous new spaces, with Worley moving on up to 3,800 square feet, more than doubling her previous gallery, which formerly was in very tight quarters. Johnson’s new digs are equally ample, and both new art destinations boast expansive, skylit interiors, occupying freshly renovated, pristine spaces, which previously had served the design industry. (Worley revealed hers was a showroom/warehouse for a drapery-rod firm.)

The intriguing and all-important part — both are neighbors, occupying adjoining suites at 1845 Levee Street, placing them close to the Dallas Contemporary and Goss-Michael Foundation action, near the buzzed-about new burger joint Rodeo Goat and with views of the Trinity Levee out their back doors.

Sharing grand opening nights, the duo has amplified and added emphasis to their respective stables, most noticeable in the case of Worley, who is trying out some new talent in her cleverly monikered “Studio Visit – 1.2” group show, promisingly debuting works by Colette Copeland, Timothy Harding and Patrick Turk (though February 14). Copeland’s wrestling videos, tongue and cheekily star the artist herself in the trope of the Victorian Woman. Fort Worth-based Harding goes wild with a nifty installation, which employs his signature, disarmingly clumsy canvases alongside some light works. And Turk rounds out the new arrivals, via his obsessive collages, with their indulgent, albeit captivating, Cabinet of Curiosities mentality. Rusty Scruby also contributes to the dialogue, with an homage to the land of Delft. Geometric ink-on-paper man Robert Lansden and vaporous minimalist Kristen Cliburn, a recent CWFA arrival, complete the field.

Meanwhile, Johnson goes for depth, deploying Kim Cadmus Owens, fresh from inclusion in Crystal Bridges’ survey of the state of American art. Owens unveils epic new paintings, with her signature depiction of vernacular spots — the package liquor store Buck & Ruckstars in a couple of canvases — which she elevates to icon status, while also beginning to dissolve the picture plane. The resulting images hover between the present and the past, appearing to pixilate before our eyes like a mirage of what once had been, yet somehow nostalgia-free. Also investigate a series of Owens’ letterpress works on paper, presented in a limited-edition suite of nine subjects, perfect for a print collector (through March 28). Do catch the final weeks of a companion show, senior master Gael Stack‘s cerulean blue paintings, presented in “Thistle” (through February 14).