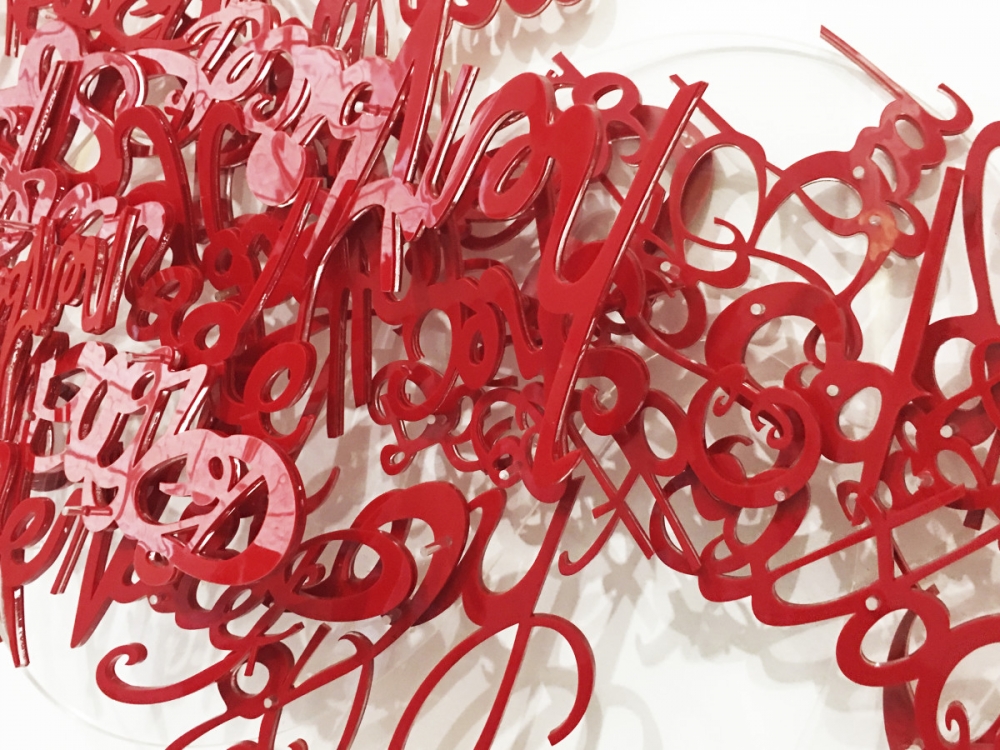 When the Art Fair is imminent, the energy is in the air. Every gallerist in town saves space for a heavy-hitter show. And once the out-of-towners leave, the electricity remains, at least in the form of a young gun’s next chapter and the debut of a new Oak Cliff space with an open-door artistic policy.

So pace yourselves, because three must-see exhibitions, a pop-up party, and a new debut are just the thing to inspire a month when the eye truly has to travel.

However you view America’s past, we are all immigrants, a fact recognized by British artist Sarah Ball’s intimate paintings. Drawn from a series of historically archived mug shots, freedom riders, homosexuals, and anarchists are portrayed as innocuously as a driver’s license photo, with their histories hidden by their somewhat blank visages.

Having mined the archive of an Ellis Island registry clerk and recently discovered images captured by a WWI Romanian army photographer, Ball’s new paintings and drawings symbolize no less than the foundations of modern America and Eastern Europe, an important fact to remember as we face the universal judgment of the “other.”

Joining her is the latest installation of newly anointed art world superstar Gabriel Dawe, whose most ambitious local piece is a rainbow bridge across the atrium of the Amon Carter Museum of American Art in Fort Worth. Having spotted his potential from the beginning, Conduit gallerist Nancy Whitenack says that unveiling his latest “silver lining” piece is merely another step in the artist’s brilliant career.

Says Whitenack, “Representing Gabriel Dawe is an exciting ride. He hit the public's interest from the moment he started doing string installations, and that has increased exponentially. We direct traffic.”

Since Galerie Frank Elbaz exploded on the scene last fall, there’s been a distinctly European sensibility added to the local scene, and a welcome one, at that.

This may be why the Paul Galvez-curated “Paris Texas” show seems so perfect for this particular place and time. Not only is it a charming look at the universal fascination for the wide open spaces exemplified by the endless Texas landscape, it’s also a glimpse at the open road as envisioned by superstar American artists Ed Ruscha and Robert Rauschenberg, along with Belgian Francis Alÿs, New York-based Blair Thurman, French-born Davide Balula, and Londoner Julie Cook.

Galvez says he was inspired to curate the show by two things: the I-635/Hwy. 75 underpass and the queries of his Parisian friends as to what being in the American West was really like.

“I found myself inevitably resorting to the same images — highways, flat horizontal landscapes, cars, a city without one dominant central area,” he explains. “So, after some research around the words ‘Paris Texas,’ I stumbled across not only the city Paris, Texas, but also the film by Wim Wenders, a director about whom I had always wanted to learn more. After watching the movie, I thought it (and the art in dialogue with it) was a perfect way to combine my own professional interests with that of Galerie Frank Elbaz, yet another manifestation of Paris/Texas."

What are the words for when no one listens anymore? Not texting, or arguing, or even seduction. In the world of sculptor Simeen Farhat, currently unveiling her second exhibition at Cris Worley Fine Arts, writing has evolved into the earliest form of communication — gestures, at least in 3-D form. Her loop-de-loop resin and acrylic wall reliefs don’t just offer an example of perfect penmanship, they serve as a poetic meditation on the dual nature of life’s most vital element: blood.

Hot or cold, love or hate, the dichotomy of this Pakistan-born artist’s current subject is clear in her remote yet visceral pieces based on the precious fluid that runs through our veins, reinterpreted as a large-scale drop of pure red plastic.

Farhat says her inspiration for three-dimensional language began in 2014 with a work based on Alice's Adventures in Wonderland. Alice’s tears morphed into a representation of human emotion suspended in space, while a piece called Expulsion depicted a woman vomiting words from her mouth.

Says the artist, "Words conjure the shapes and forms of objects that I imagine in my mind. There is a correlation between the ideas in 3-D and the words transforming those ideas as sculptures, because I am thinking of those concepts and the essence of those concepts presented in words.”

Choose what you say carefully.

A Renaissance man in a modern world, Cameron Smith has been a jazz musician, radio personality, advertising executive, talent booker, and fine artist. He decided to pour his energies fully into the latter with the opening of Bishop Arts Modern this month.

Having owned the space for nine years as a private studio, Smith wanted to exhibit his own work, but also give an outlet to other local talents who create outside the typical gallery system.

“Within spitting distance of my painting space, there’s probably a hundred artists that are really stunning but just don’t have a gallery who will allow them to do what they do. Gallerists have a very exclusive outlook, but that’s not the way I carry myself. At the end of the day, my intention was to give my friends who are gifted and talented a more legitimate platform.”

Smith will balance half the year of his programming with outside works, half with his own, launching the first in a series of four shows with Franz Kline-inspired black and white paintings.

“They’re all completely unrelated, the second show is organic sculpture, the third is industrial lamps, and the last one is more impressionist-based and mixed media stuff.”

Wanting more of “a scene” than an academic exploration of brushstrokes, whatever Smith exhibits, he promises the vibe of Bishop Arts Modern will be “very freewheeling and cool.”

Way, way back in 2015, it felt like the city was the Wild West as far as pop-up spaces and punk-rock curatorial ethos were concerned. Fast forward to today, and the energy that drove such venues as Ware:Wolf:Haus and Vice Palace have been contained a bit, but their founder, Art Peña, isn’t reigning in his own creative juices any time soon. Next up in his series of single evening events Peña is producing is the first edition of "ONO: One Night Only," featuring the work of LA-based artist Jay Stuckey in the former RE:Gallery (now a private residential arts incubator) in The Cedars.

To complement the Brown graduate’s delightfully scribble-scrabble drawings is a performance by Thin Skin, a three-piece band from Denton. Pairing artists with indie music seems natural for Peña, whose focus of the hopefully ongoing series is to “serve to engage diverse audiences and facilitate creative connections. ONO is an inclusive endeavor during divisive times.”