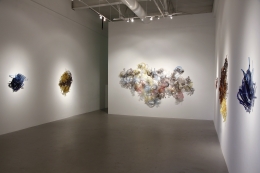 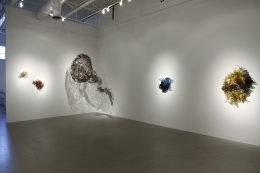 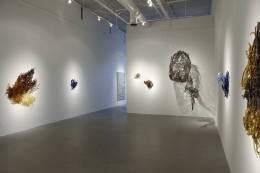 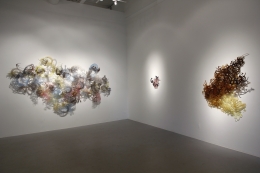 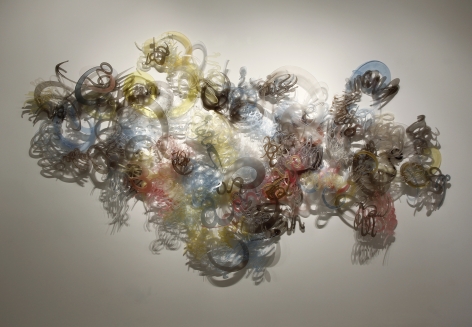 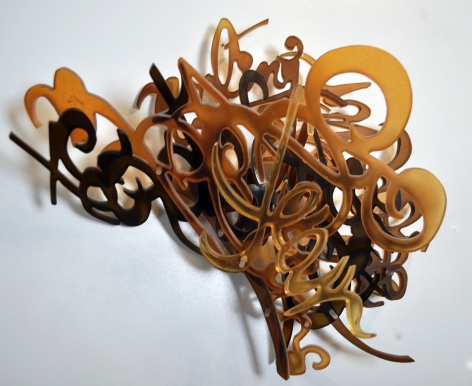 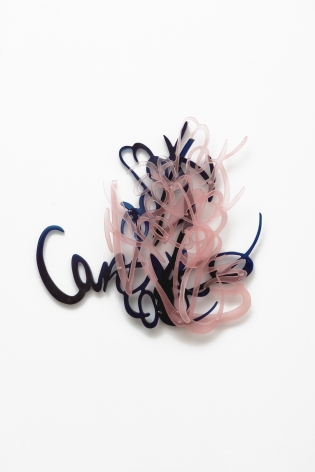 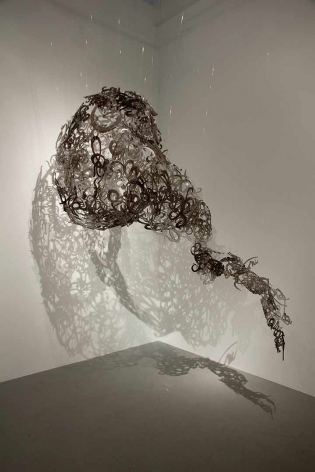 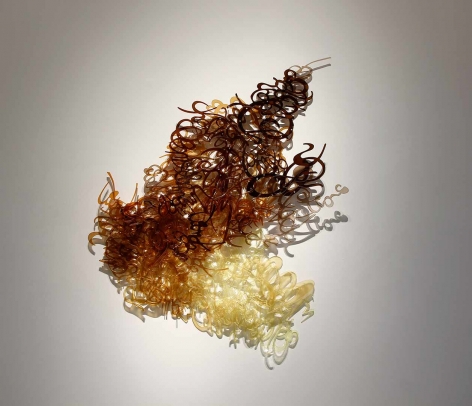 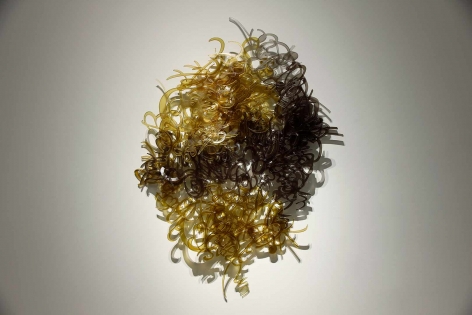 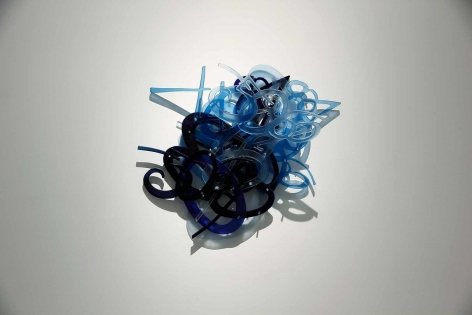 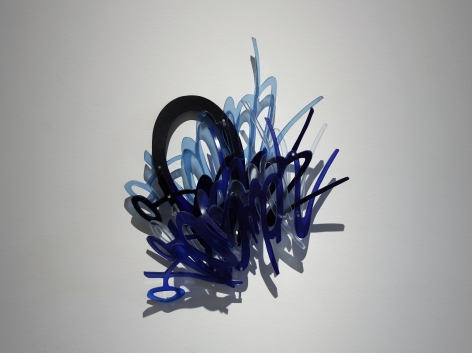 Cris Worley Fine Arts is thrilled to announce Simeen Farhat’s first solo exhibition with the gallery, Word Play, opening June 29th, from 6pm - 8pm and continuing through August 3, 2013. Pakistani-born Farhat received her MFA from Texas Christian University in 2000, and currently lives and works in Texas. Farhat uses the characters of various texts to invent calligraphy-like abstract forms out of cast resin. She then entwines the resin piecesto create her amorphous sculptures.

For Word Play, Farhat has created several sculptures, including a large wall-based installation. This installation uses the words of her artist statement, which discusses her interest in “represent[ing] women’s inherent right to be expressive” and her process and intent as an artist. Other works incorporate text from email and text communication, a subject Farhat is intrigued by as the sender’s intention can be masked by the cold format of the phone or computer screen.

Farhat’s multiculturalism is also highlighted by sculptures whose form is derived from the poetry of Rumi, Ghalib, Khyaam, and Fitzgerald (written in Farsi, Urdu, and English) chosen by Farhat because they “speak eloquently about life, death, love, freedom of thoughts, and philosophy.”

Simeen Farhat has exhibited frequently oversees including in Pakistan, London, the UAE, India, Finland and Germany. In the United States, she has shown throughout Texas and in California, Chicago, Louisiana, and Philadelphia, among others. Farhat has also received many awards and honors including several artist residencies both domestically and abroad. Recently, she was asked to participate in the BT ArtBox project where artists from across the globe created sculptures based on the British telephone booth, to be displayed through the 2012 London Olympics and auctioned off for charity.