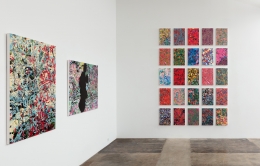 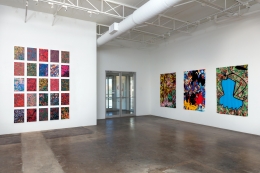 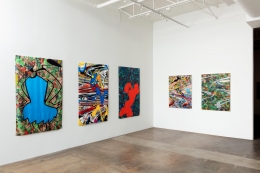 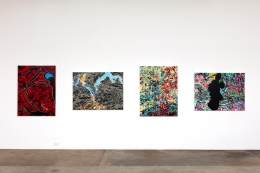 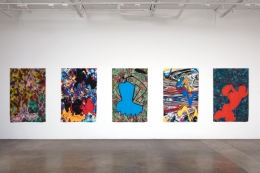 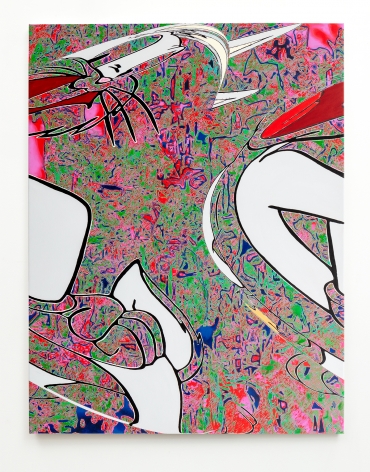 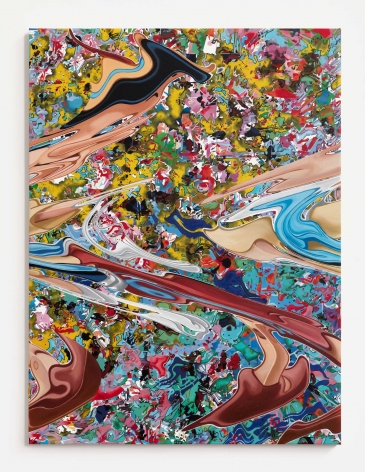 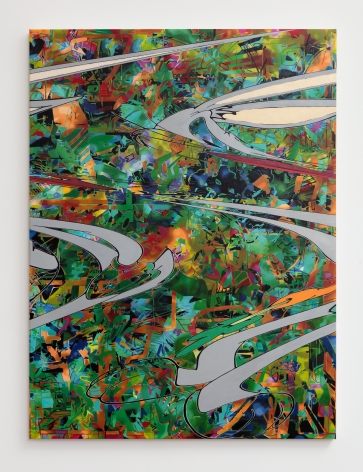 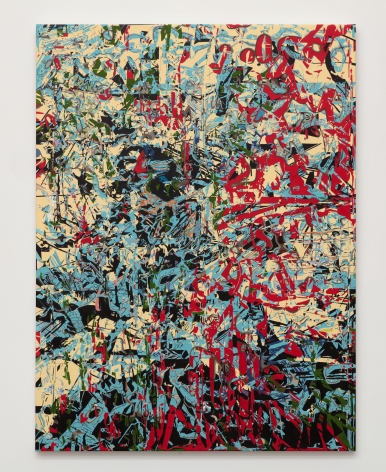 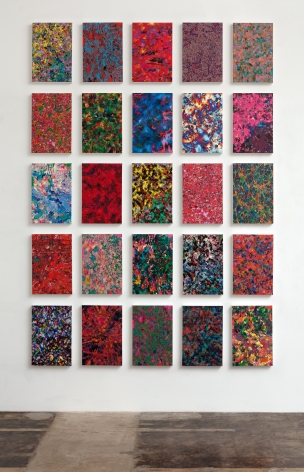 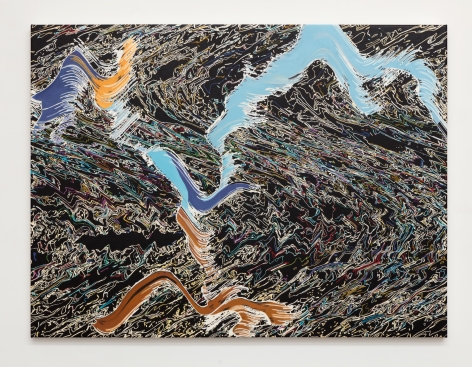 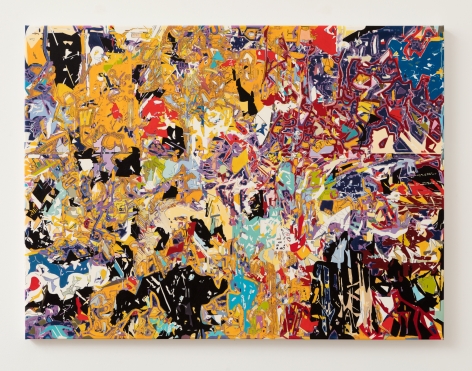 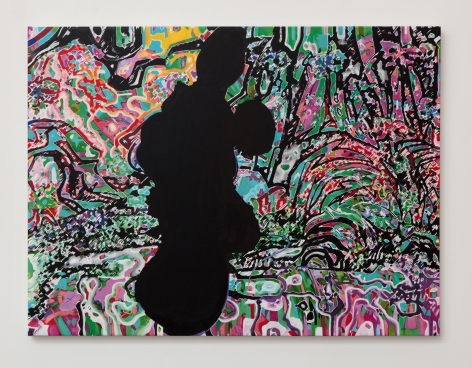 Cris Worley is proud to present our fourth solo exhibition of Dallas-based artist Ruben Nieto. Savoring Lichtenstein opens with an artist’s reception Saturday, January 6, and will run through February 17, 2018. The artist will be in attendance.

A master of what he calls “comic abstraction,” Ruben Nieto draws on a creative process rooted in childhood memories of watching cartoons and reading comic books. Inspired by historical greats like Warhol, Motherwell, Still, Sultan, Pollock, and Lichtenstein, he assembles disparate fragments from his iconic source material, digitally altering characters via Photoshop to create a new narrative within his densely layered compositions.

In his current work, Nieto offers an homage to Roy Lichtenstein. By appropriating and re-contextualizing Lichtenstein’s flat graphic look, wavy brushstrokes, and Ben-Day dots, Nieto’s digital prints and oil paintings offer a moment of “savoring” the formal elements found in the pop master’s work. Utilizing silk for the first time as a canvas, Savoring Lichtenstein will feature both digital prints and oil paintings among new works.

In the work Pinocchio, Nieto twists and distorts the Disney puppet who longed to be a real boy on an explosive field of color. In Mighty Mouse trying to Catch the Road Runner, primary splashes are layered over a more linear backdrop to recall a marriage of Warhol’s camouflage canvases with Lichtenstein’s contained comic panels. Each work pays tribute to the modern masters as it defines a new visual language.

Born in Veracruz, Mexico, Ruben Nieto holds a BFA from the Universidad de Guanajuato and an MFA in Arts and Technology from the University of Texas at Dallas. Nieto has exhibited his works internationally in Switzerland, Germany, Spain, France, Canada, Mexico and the United States and his works are held in important public and private collections.