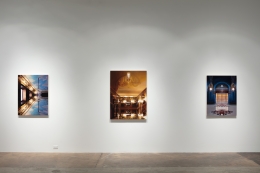 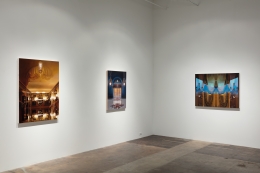 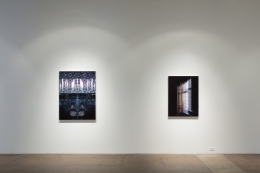 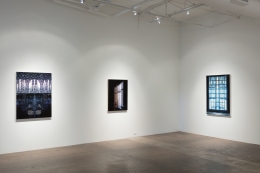 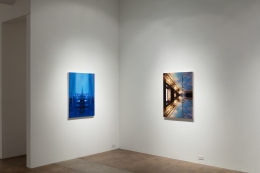 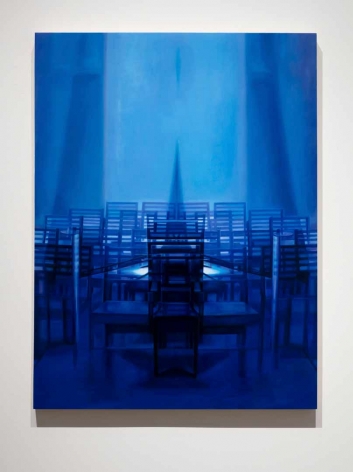 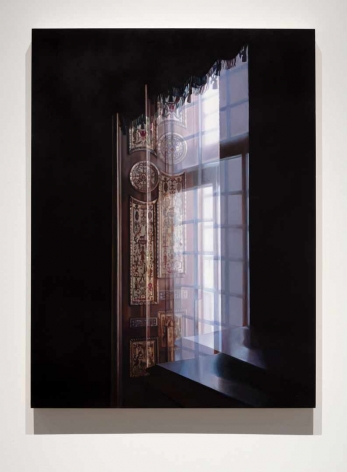 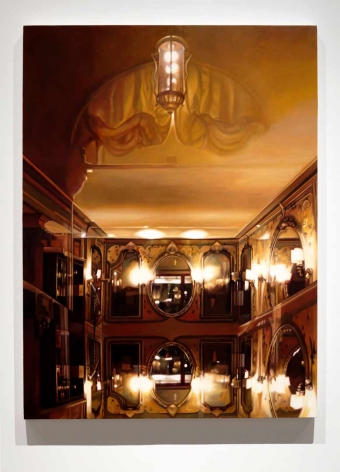 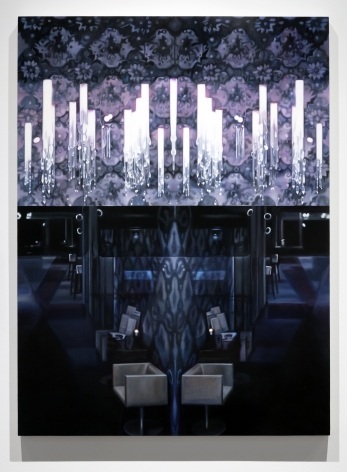 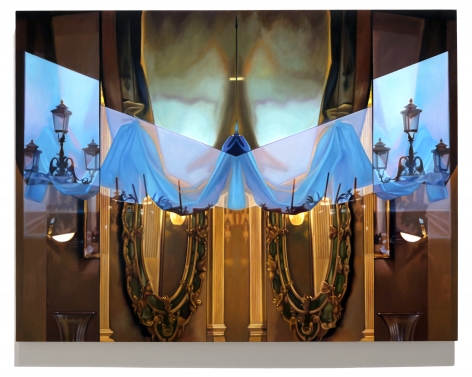 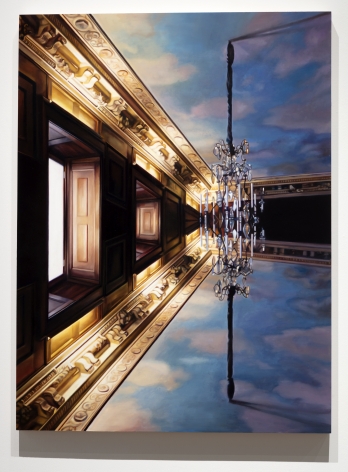 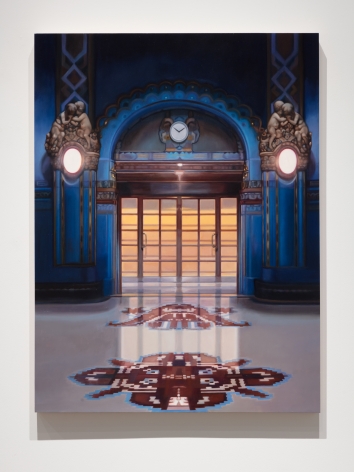 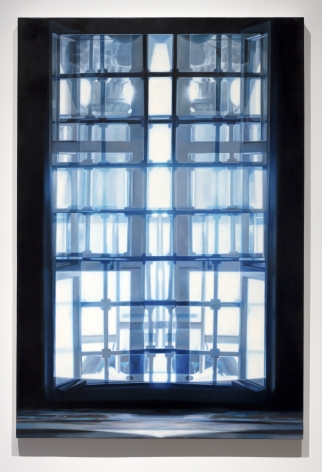 Cris Worley is proud to present our second solo exhibition of San Francisco-based artist Patti Oleon. Neither Here Nor There opens with an artist’s reception Saturday, February 18th, with an artist’s talk from 5 - 5:30pm, and will run through March 25, 2017. The artist will be in attendance from San Francisco.

Patti Oleon’s meticulously rendered oil paintings transcend reality. These haunting works are derived from the artist’s own photographs of public spaces, rich in historical context, and devoid of human presence. Oleon layers and mirrors multiple views of the same location, with a heightened sense of light and color. As a result, the origins of these mystifying environments become both tangibly and temporally obscured, requiring an imaginative leap from the viewer.

Upon receiving a Guggenheim Fellowship in 2013, Oleon traveled to Budapest, Prague, Venice, Berlin and Istanbul, in search of inspiration for her paintings. The artist transformed restaurants, hotel lobbies, theaters, and palaces by disassociating them from their original context and transporting them from their locale. In Yellow Blue Chamber, we see the reconstruction of a museum period room, its’ corner mirrored twice to create an entirely new space. A chandelier grounds the fictitious space, which, in reality was bustling with human activity when photographed. Likewise, in Venice Restaurant, human presence is resolutely omitted, with enhanced light enlivening the space instead.