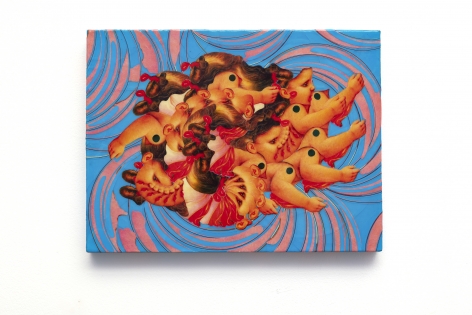 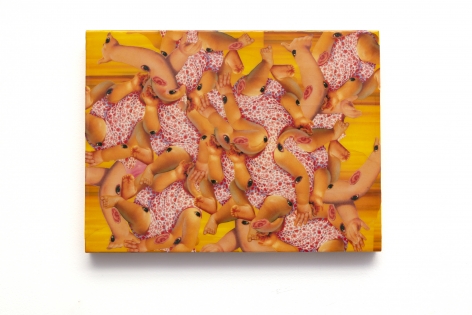 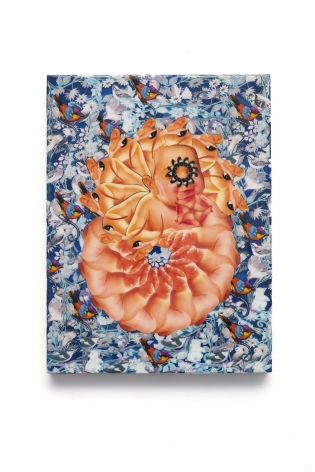 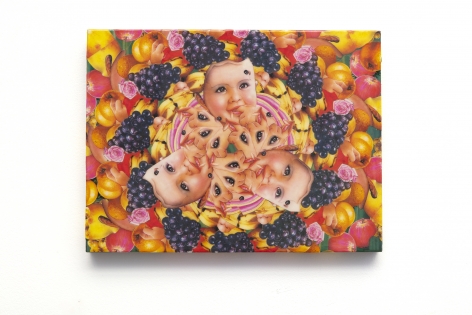 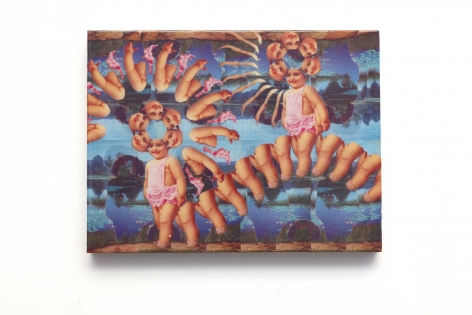 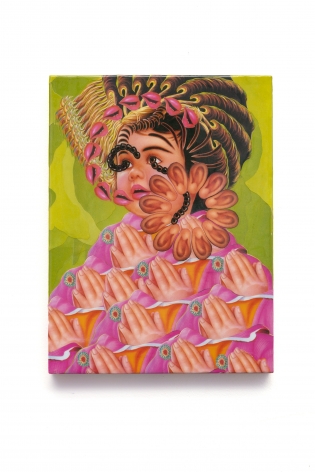 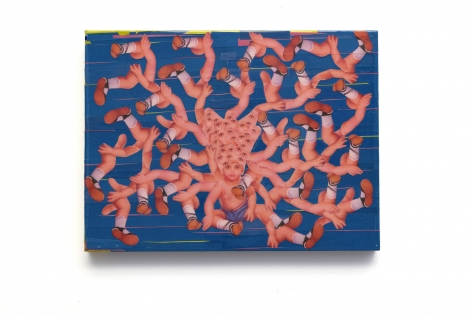 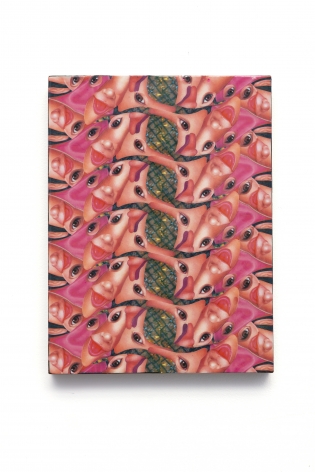 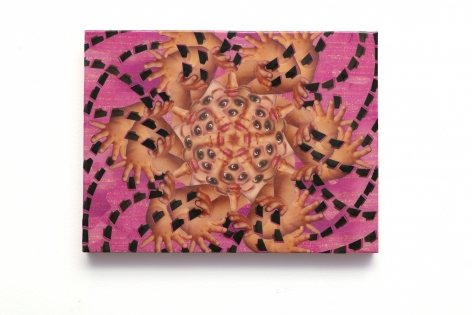 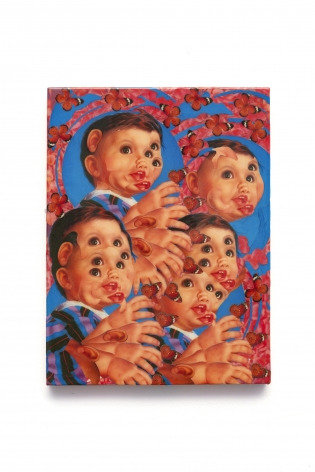 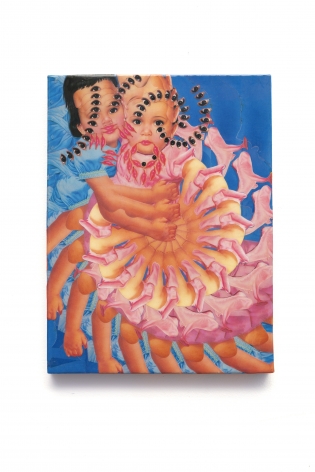 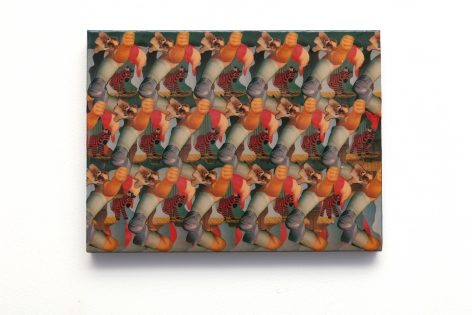 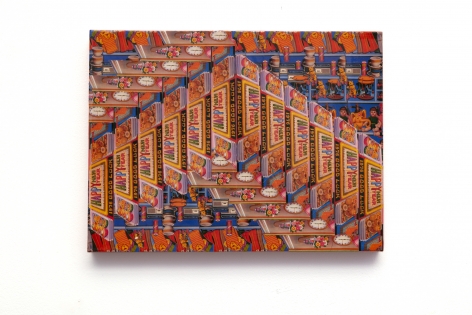 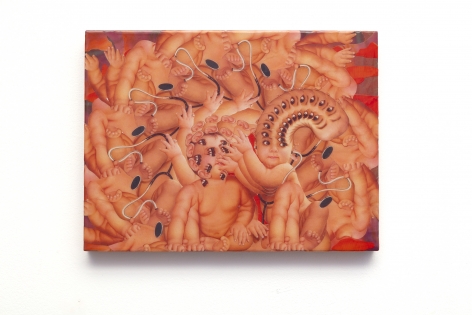 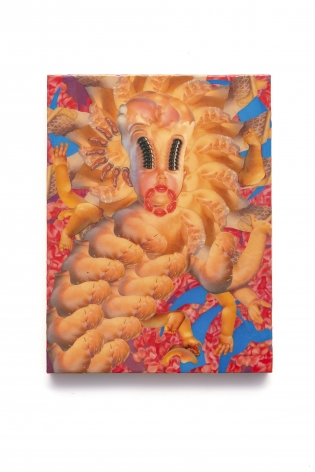 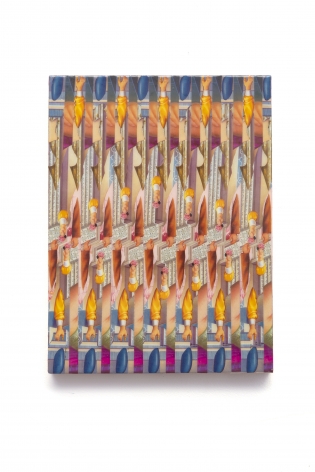 When Patrick Turk delivered the works for his current solo exhibition, Anthropocosmos, he also brought a surprise body of small works, created during the stay-at-home order of March 2020.

This series of collage works on panel, each measuring 12 x 9 (or 9 x 12) inches, is inspired by the blue star tattoo urban legend of the 90s. The legend claimed that temporary tattoos of popular cartoon characters were  being soaked in LSD, and circulating as a means to get kids hooked on drugs.

Patrick Turk was born in Galveston, Texas and lives and works in Houston. His first solo museum exhibition, Higher Planes, is currently on view at the Art Museum of Southeast Texas in Beaumont, TX.  Turk was awarded an Artist Grant by the Houston Arts Alliance in 2017, and was an Artist-in-residence at the Lawndale Art Center in 2013. His works have been exhibited throughout Texas in Dallas, Houston, Galveston, Kingston, and Lubbock in addition to Los Angeles, California. He was one of 60 artists included in the 2016 book, The Art of Found Objects: Interviews with Texas Artists (Texas A&M Press), authored by Robert Craig Bunch. His works have been published several times and include commissions such as the 2009 Houston Art Car Parade Poster, and the Philokalia album cover by Golden Cities.