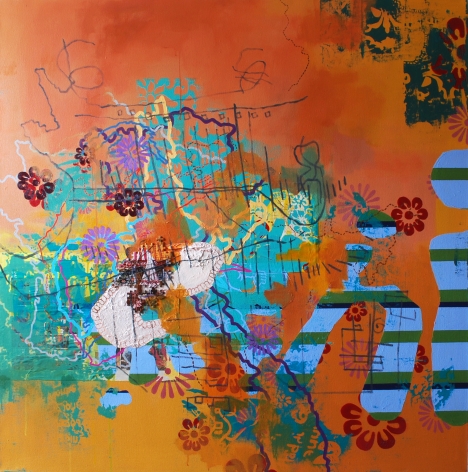 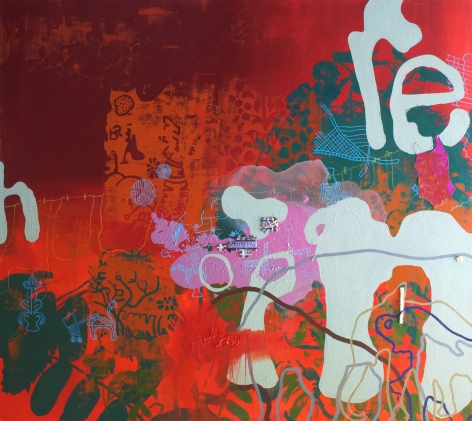 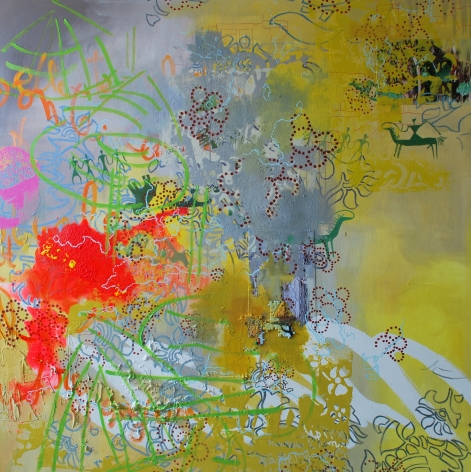 Cris Worley Fine Arts is pleased to announce the opening of Murielle White's first solo-exhibition with the gallery, Letters from Home, showing from May 12th - June 16th.  The opening reception will be on May 12th from 5:30pm-8:30pm and the artist will be present.  White graduated magna cum laude from the University of South Florida with a B.F.A. in Studio Art in 2006 and went on to receive her M.F.A. from the University of North Texas in 2010.  White's M.F.A. show was held in April 2010 at 500X Gallery and the exhibition completely sold out.  Soon after, she had a solo at Stella Jones in New Orleans followed by another at the Dallas Contemporary entitled Mixtîciuswhich was curated by Erin Cluley.  She currently lives and works in Dallas, Texas.

White was born and raised in Paris, France in a culturally diverse family.  Her four grandparents are from four different French colonies and territories: France, Guadeloupe, India (Pondicherry), and Vietnam (Tourane).  This diverse family history is the main driving force behind her work.  One of the overarching features of her large, colorful paintings is an invented script she created by mixing the four languages her family spoke.  White says of her imagery, 'I juxtapose visual elements from my cultural background to create unified, imaginary, abstract works where I can find my identity.' The artist combines oil with mixed media because she enjoys the combination of traditional and non-traditional medium and the ‘dynamic dichotomy’ that is generated.  This dichotomy is continued as White investigates her cultural history while simultaneously inventing a new language and visual world.