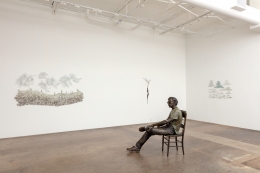 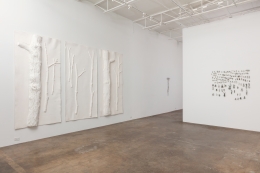 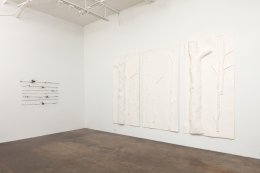 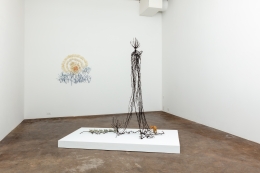 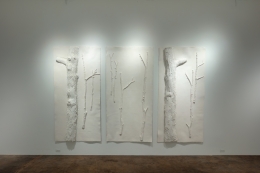 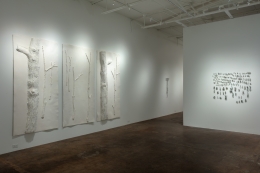 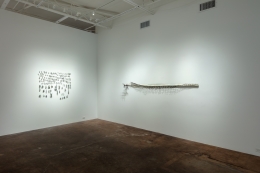 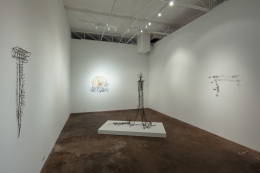 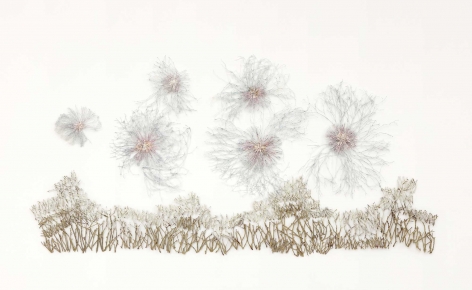 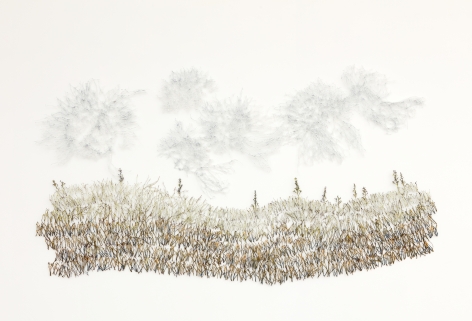 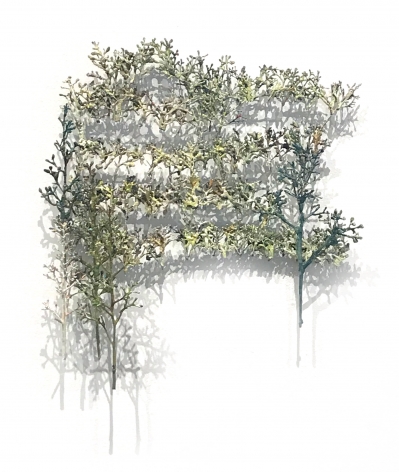 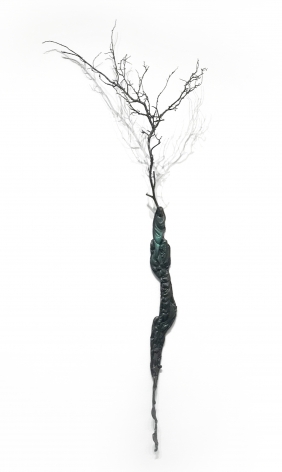 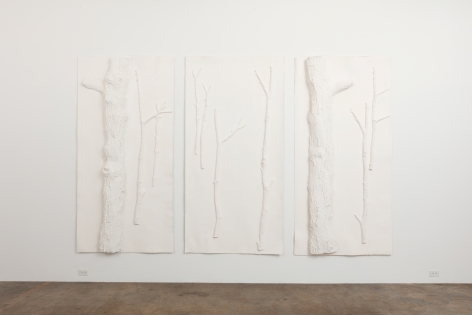 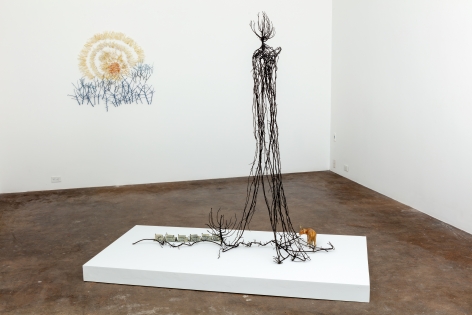 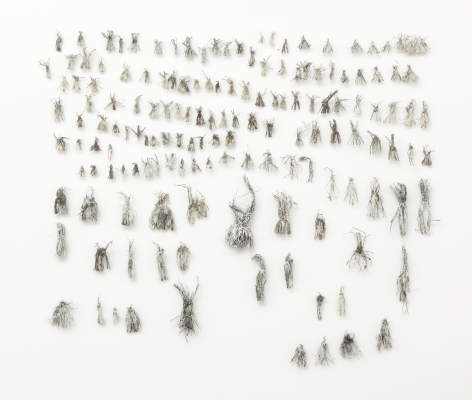 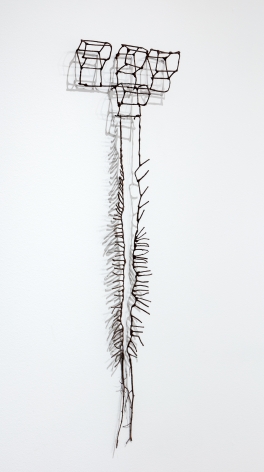 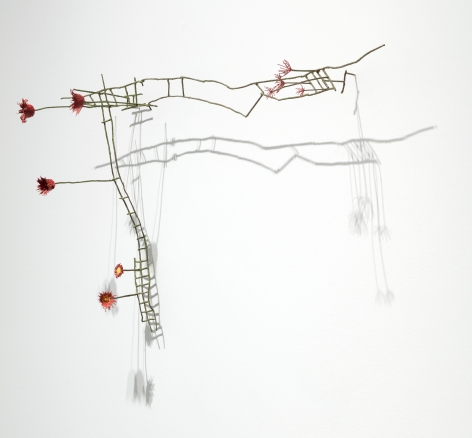 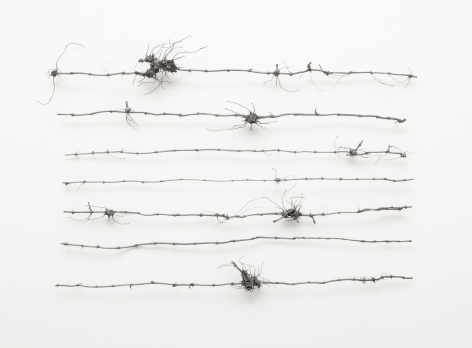 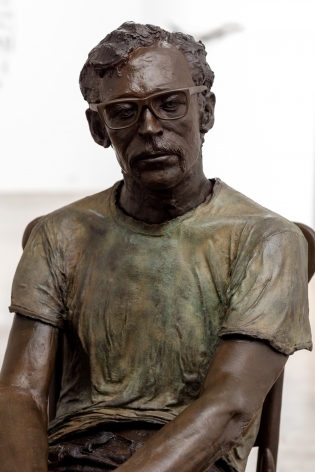 Cris Worley Fine Arts is proud to present Harry Geffert: Look Up There, an exhibition celebrating the legacy of our beloved friend and artist Harry Geffert (1934 – 2017). This commemorative exhibition, planned before Geffert’s passing, will feature his final works in bronze alongside pieces from his estate, spanning the last thirty years of his personal artistic career. Harry Geffert: Look Up There, will open on September 8th with an opening reception from 5 - 8pm and will be on view through October 6th.

Harry’s work in bronze captured the mystical spirit inherent in the alchemical history of metallurgy. Led by an obsession and reverence for the natural world, Harry expressed his intimate views of human beings’ relationship with the environment through an unmatched ability to replicate organic forms ranging from the human figure, root systems, flowers, animals, and even the surface of flowing water. Harry’s technical mastery allowed him to innovate with paper-casting and painting techniques that held viewers in awe for their delicately crafted details. His work evoked the surrealism of dreams and memory, as he wrote in 2016:

In my college years, I would go hiking in the Rockies early in the morning, and get to the meadows at the first light of day. I can close my eyes even today and still smell the air filled with the growth of those meadows. Much of my art has been about these little moments.

Critics have compared the surreal virtuoso quality of his works to the paintings of 15th-Century Netherlandish artist Hieronymus Bosch, and compared his nostalgia for regional landscapes to the works of 20th-Century American artist Thomas Hart Benton. Harry held a philosophy toward life and art that is best understood by the fact that his home and foundry, situated on 13 acres of open Texas country, were built entirely by his hand. The show is entitled after the last piece Geffert casted, a network of cream-white and gray-blue clouds charming above the viewer, “Look Up There.”

Over the course of six decades, Harry made an indelible impression on the artistic landscape of the southwest through his work as an artist and educator. Each work that he brought to life was imbued with the humor, intelligence, and joy that he felt in embracing the complexities of casting in his studio. For Harry, there was no greater pleasure than bringing an idea into 3-dimensions. His essence as a sculptor is represented by his description of a series of wooden figures he whittled as a child, “I just had to do them, you know? I had to get that pocketknife blade open and do them, that was important; other than that, who cares?” As arts writer Steve Carter once noted, “the child was clearly father to the man.” This ceaseless drive to create would call Harry into his studio up until the day he passed.

Harry Geffert was born in Live Oak County, Texas in 1934.He received his Bachelor of Science from Southwest Texas State University in San Marcos and his Master of Arts from New Mexico Highlands University in 1961.He spearheaded the Sculpture Department at Texas Christian University in 1962 where taught for twenty-seven years. In 1980, he established The Green Mountain Foundry where his guidance and knowledge was sought after by artists Frances Bagley, Clyde Connell, Joseph Havel, Lucas Johnson, Ken Little, Linda Ridgway, James Surls, Vernon Fisher and Virgil Grotfeldt among countless others. He was awarded the Mitchell W. Wilder Merit Citation for Excellence in Publication and Media Design in 1983 for a video installation on a bronze casting in collaboration with the Amon Carter Museum in Fort Worth. Harry went on to receive a Fellowship from the National Endowment for the Arts in 1990, and in that same year, presented a solo exhibition at the Dallas Museum of Art. He was bestowed with a Legend Award from The Dallas Visual Arts Center in 1998.In 1999, Geffert closed the foundry to focus solely on his own artistic interests.