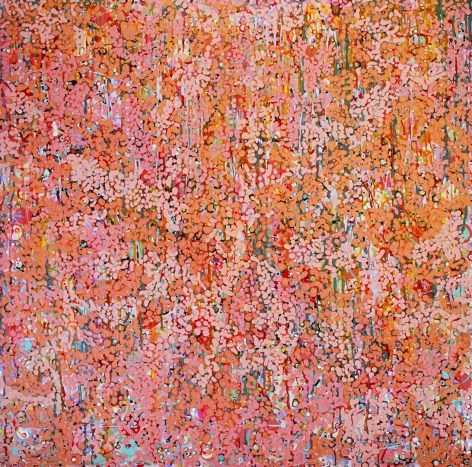 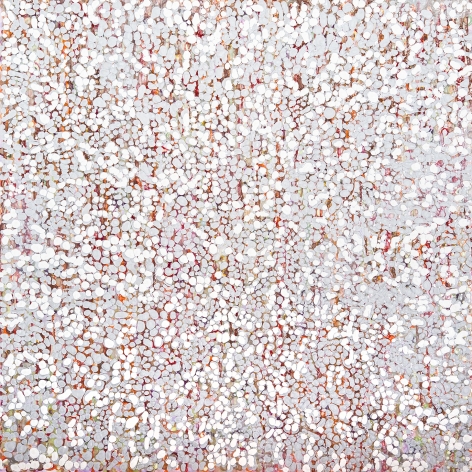 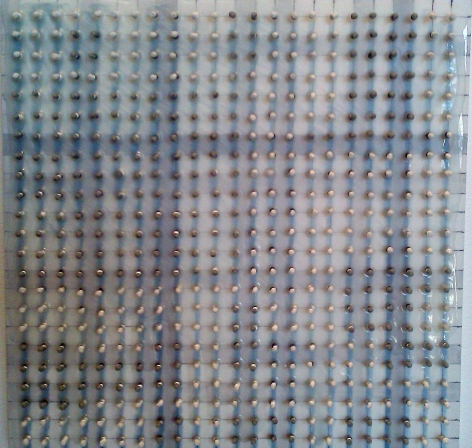 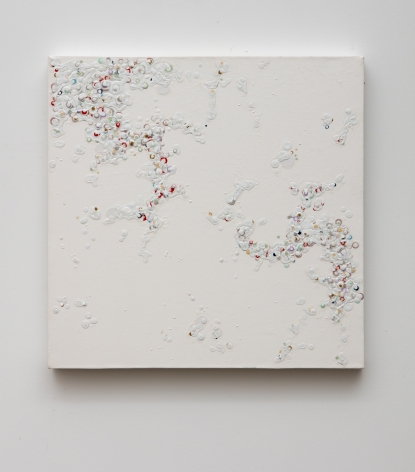 This season-opening exhibition showcases a new turn in the artist’s ongoing process-driven work as she literally pushes the boundaries of her painstaking drips and drops of acrylic paint on canvas. Known for her “dot paintings” these buoyant orbs have now evolved into glistening amorphous shapes that ask the viewer to experience the sublime curiosity of pure, unadulterated abstraction. Movement, then, becomes a focus of this latest body of paintings, while unexpected color-choices underscore the sentiment of an individual work.

Charlotte Smith received her MFA from the University of North Texas in 1999. Since then, Smith has had twenty solo shows in Texas and California and has been selected for nearly twenty juried exhibitions, often receiving awards. Most recent among them, she won second place in the Derivatives: Origins in Geometry exhibition at the Museum of MADI and Geometric Art. Charlotte Smith was also recently featured in Texas Artists Today the first comprehensive book on Texas contemporary art. Her work can be found in the collections of the Museum of Southeast Texas, the South Texas Institute for the Arts and several Neiman Marcus stores, as well as many significant private collections throughout the country.