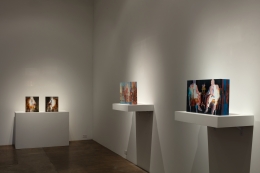 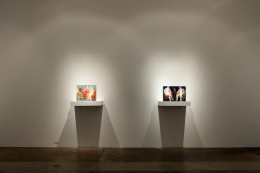 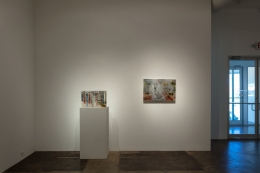 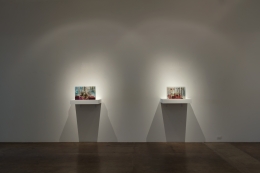 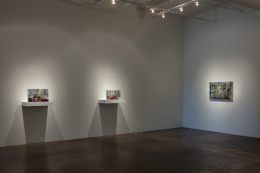 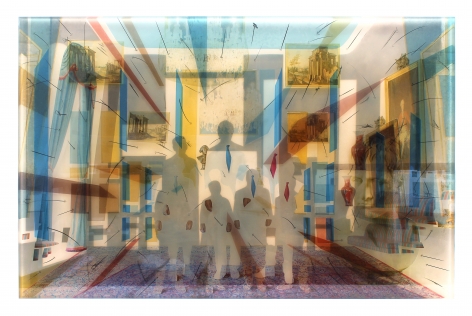 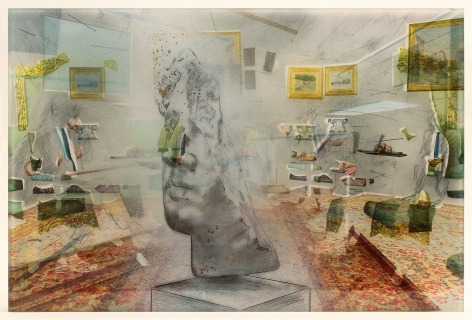 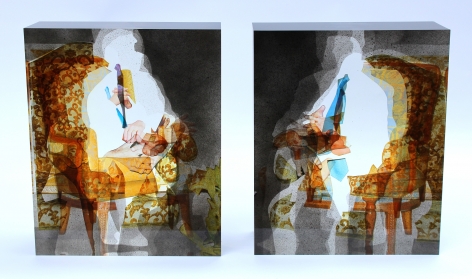 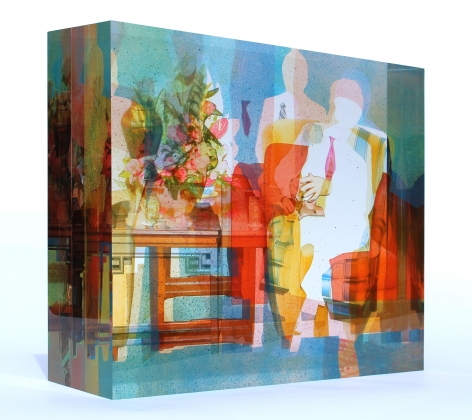 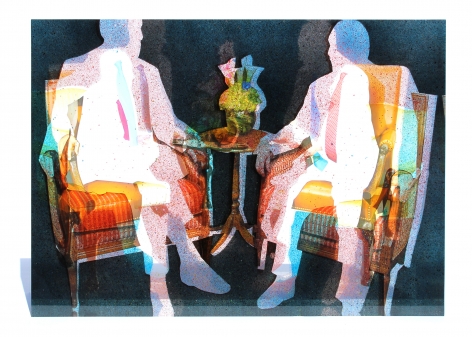 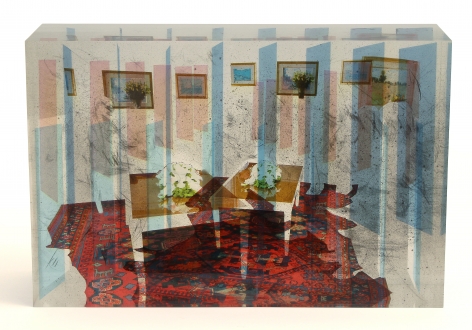 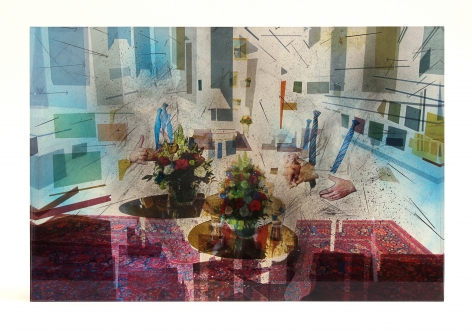 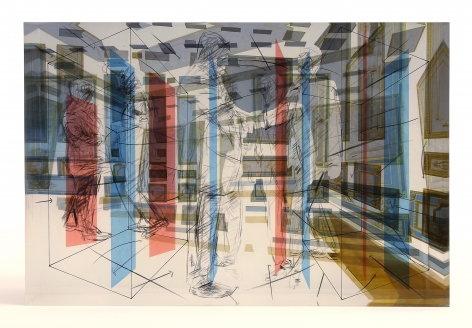 Cris Worley Fine Arts is proud to announce our first solo exhibition with, Anna Elise Johnson, entitled Inner Workings. An opening reception for the artist will be held at the gallery, Saturday, November 19th, from 5-8pm. The show will run through Saturday, December 31st.

Anna Elise Johnson’s three-dimensional collages utilize photographs of political, economic, and diplomatic meetings to create small-scale, mise-en-scéne containing ambiguous, but striking narratives with characters frozen in time. Delicate mists of spray paint, photography and India ink, suspended in a box of clear acrylic, capture a chaotic stillness between figures that are defined by the void that their absence creates. It is unclear if these moments represent the past, present, or act as directive to the future political accounts. Both personal and broader social implications appear in Johnson‘s work; here she examines the impact of our world leaders’ decisions and how one navigates this ambiguous and complex terrain.

Anna Elise Johnson currently lives and works in Los Angeles, CA. She was a prestigious Core Fellow at the Glassell School of Art in Houston, TX from 2012 to 2014. Johnson received an MFA at The University of Chicago and a BFA from Washington University in St. Louis. She was granted an artist-in-residence at the Tottenham Hale International Studios in London, England, and was an artist’s assistant to Julie Mehretu. Johnson has been featured in over twenty group exhibitions throughout the nation, as well as internationally, in India, at the University of Chicago’s Delhi Center, in Slovenia, and multiple times in Germany, her birth country. She has also had solo exhibitions in Chicago, IL, Berlin, Germany, and at the Blaffer Museum in Houston, TX.